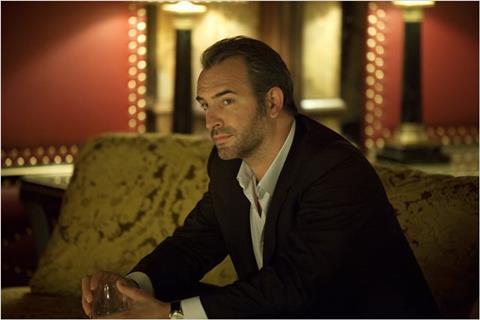 When Russian nesting dolls go to the movies, they hope a film like Eric Rochant’s Mobius will be playing. Monaco, Russia, Belgium and the US are the locations and Jean Dujardin, Cecile de France and Tim Roth are the main protagonists. What’s it about? High finance, money laundering, loyalty, love, soul-searing orgasms — you name it.

Dujardin, who had a long and varied career before The Artist, is never less than interesting to watch.

This international espionage thriller, which Winston Churchill would have called a riddle wrapped in a mystery inside an enigma with a side order of MacGuffins, is humourless, but fun.

Dujardin’s character is Moise - Moses - and he seems to serve more than one Promised Land. He speaks fluent French, Russian and English. Let’s just say that Russian is the scariest of those tongues. De France is Monaco-based Alice. Her father, whom she speaks to via Skype, is a rotgut American. She’s a fearless financial trader who apparently can’t enter, let alone get a job in the U.S. since her fondness for selling derivatives brought down Lehman Brothers. (Don’t you just ‘hate’ it when that happens?)

Tim Roth plays Ivan, a UK-raised Russian oligarch who takes nothing but his wardrobe casually.

Everybody is justifiably suspicious of everybody else as layers of allegiance get peeled away and readjusted.  Dating between members of warring factions has been tricky ever since Romeo and Juliet and THEY didn’t have hi-tech surveillance or hacked cell phones to worry about.

De France convinces as Alice who - at least within the parameters of imaginary European financial circles - is as good at her profession as Jessica Chastian’s Maya is at hers in Zero Dark Thirty. Only Alice has a sex life, with two lengthy bedroom sequences pairing her and Dujardin that will be conversation starters for many viewers. Either they’ve stumbled upon the genital version of a Vulcan Mind Meld or they’re each really good at mixing work with pleasure.

Ivan’s bodyguard, Khorzov (Aleksei Gorbunov) is deliciously creepy in timeworn movie-bad-guy mode. Unfortunately, the actors playing high-level American operatives are given clumsy, expletive-laden dialogue so wooden Pinocchio himself wouldn’t be able to pull it off.  And when your film is called Mobius, it’s always handy to include a leaden explanation of what a mobius strip is around the point at which it finally becomes clear who has really been manipulating whom.  (Cue unseemly crowing about having out-maneuvered one’s adversary.)  But wait! There’s more!

As multilingual Euro-popcorn fare goes, Mobius is fairly ambitious. There’s a lot going on in a lot of photogenic locations. Sometimes settings are presented with a sledgehammer - hmm, if the Red Army Choir is singing on the soundtrack does that imply the Ruskies control big chunks of Monte Carlo? — and sometimes situations prove satisfyingly deft.

While it’s relatively easy to make fun of, Mobius is doing an okay job of carrying on the tradition of a certain kind of bigscreen espionage yarn — and for some audiences, starting with France where the film is released Feb 27, that will be enough.