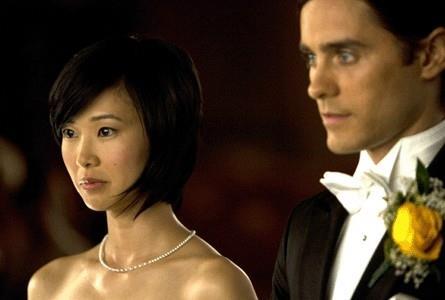 Jaco van Dormael’s most ambitious film to date is a mess and a miracle at the same time, a densely and sometimes bafflingly plotted sci-fi parable and love story of huge cinematic verve and scope, centring on the real and fantasy memories of the last mortal man on earth. It convinces in the end not so much with its gently dystopian future-world imaginings but through its emotionally involving dramatisation of those big “what if I’d taken that other road?” questions that we all ask ourselves.

If you can let go of the brakes, it offers quite a ride

There’s a certain amount of deja-vu in the film’s premise that could put distributors off  – it rehashes the themes and methods of Toto the Hero, it’s a future-set Sliding Doors, it keeps reminding us of Benjamin Button. But the film’s warm reception at Venice demonstrates that it also works on a subcutaneous level with real audiences – at least of the cineliterate variety.

Its English-language credentials are impeccable; there’s not a blip in the dialogue or direction of actors to suggest that this is a film shot by a Belgian in Germany, Belgium and Canada. But despite this, Mr Nobody’s big unknown is still the North American arena; paradoxically, it could be too close to US sensibilities to work as a European art film, and a tad too far away to pass muster as a Hollywood conceptual blockbuster.

In the year 2092, in a world where a technique of ‘telomerization’ has allowed everyone to achieve quasi-immortality, Nemo Nobody (Leto with radical make-up of the Button variety) is, at the age of 117, the last mortal.

We first meet him in a hi-tech, all-white hospital where a bald doctor with a tattooed face is testing his recall. Nemo suffers from memory loss, but he’s far from senile, and when a young journalist (Mays) slips into his hospital room to get an exclusive interview and the old man begins telling the impressionable cub reporter contradictory stories about his past, we’re unsure whether to ascribe this to senility or a mischievous game.

The parallel biographies that began to unspool all stem from one pivotal incident: the divorce of young Nemo’s parents (played by Little and Ifans) when he was nine, and his decision – postponed until he is actually standing on the station platform – about whether to stay with his father or leave with his mother.

The Nemo who stays with his father takes two roads; down one, he woos precocious blonde sexbomb Elise (Stone), and sees her turn into a depressed housewife (Polley) as soon as they are married with kids; down the other, rebuffed by Elise, he turns to Jeanne (Pham in her adult avatar) whom he marries and starts a family with although he doesn’t love her.

Visually and musically the film is ravishing, though there are times when the director seems like a kid in a storyboard sweetshop. A tourist trip to Mars that the Elise-strand Nemo embarks on has little dramatic purpose – though it looks great – and a fantasy scene of helicopters dropping solid cubes of liquid water into the sea is pure window dressing.

But some of Mr Nobody’s other ideas – like an entertaining application of that old chaos theory anecdote where a butterly flaps its wings in China and causes a storm in the States – are more incisive and relevant.

Perhaps the most convincing aspect of this slightly unhinged feature though, is the way it reconciles drama (at its most intense in the Polley scenes) and humour, big existential ideas and Gone-With-the-Wind romance. Mr Nobody may alienate those who demand dramatic logic; but if you can let go of the brakes, it offers quite a ride.