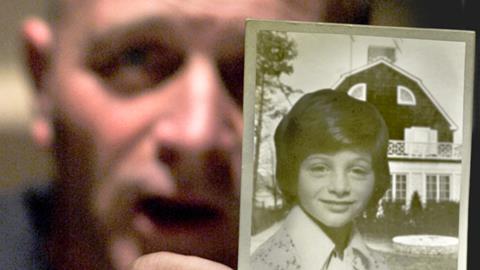 The spooky events that supposedly happened at a Dutch Colonial house at 112 Ocean Avenue in Amityville, New York, in 1975 have inspired scores of horror films and documentaries, but Eric Walter’s fascinating documentary offers a new perspective on the much-told story.

My Amityville Horror is a seriously fascinating film, impressively structured and absolutely absorbing.

For the first time in 35 years Daniel Lutz – who was a child when events happened – recounts his version of the infamous Amityville haunting that terrified his family. Not only does it tackle what happened but also bears testimony to the psychological scars he still carries.

Filmmaker Eric Walter uses television footage of the happenings as well as offering perspectives from investigative reporters and eyewitnesses – though smartly avoids using footage from the many Amityville horror films – that offers one of the most personal accounts of the happenings to date.

My Amityville Horror – which premiered at Montreal’s Fantasia Film Festival and is also set to screen at the London Film Festival – is at its chilling and disturbing best when now 45 year-old Daniel talks about what happened to him and his family (to a psychologist and to investigative journalist Laura DiDio, who reported on the events at the time)…and decidedly strange testimony it is for much of the time.

For the first time on film he describes what happened when the family moved into their new house – terrible smells, swarms of flies, a window that slammed onto his hands – but perhaps more interesting is his version of his ex-marine step-father George, who he described as a manipulative monster.

There are times when it feels too preposterous to believe – especially when it heads into exorcism, para-psychologists and psychic research – but what is powerful is the stress and strain that Daniel is going through as he tries to explain what happened to him and that impact on his life. My Amityville Horror is a seriously fascinating film, impressively structured and absolutely absorbing.