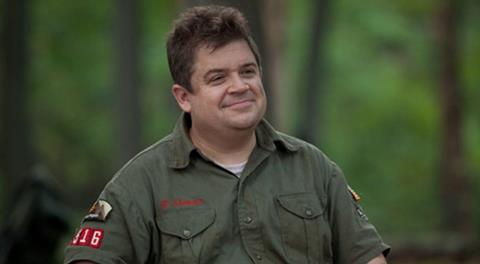 Oswalt brings his characteristic mix of edge and cuddliness to the proceedings but Knoxville is an uninspiring villain.

Already available in the US on VOD and set for a three-city theatrical release this week through Magnolia’s Magnet Releasing, the film, which premiered last March at SXSW, will do well to attract a small, mostly young male audience. Pickings will probably be even slimmer in the international marketplace.

Oswalt, who stood out in last year’s Young Adult, plays Randy, a second generation Scout master struggling to preserve the scouting tradition. Knoxville (whose other big screen credits include The Dukes Of Hazzard) is Randy’s anti-Scout brother Kirk. Randy drags his reluctant troop away from a high tech sleep over at Kirk’s house to go camping and ends up being pursued through the woods by Kirk, Kirk’s sidekicks (played by The Hangover’s Rob Riggle and late comedian Patrice O’Neal) and the kids’ angry mothers.

Though there was clearly some ambition behind the project - which was developed at the Sundance Writers Lab and counts David Gordon Green among its executive producers - there’s very little spark in evidence on screen. The humour - involving lots of kid-inappropriate swearing, some poo and pee gags and a bit of nudity - has little edge to it and the comic timing is sloppy.

Oswalt brings his characteristic mix of edge and cuddliness to the proceedings but Knoxville is an uninspiring villain. Hammond and Riggle have their moments but no one seems to be particularly enjoying their work.