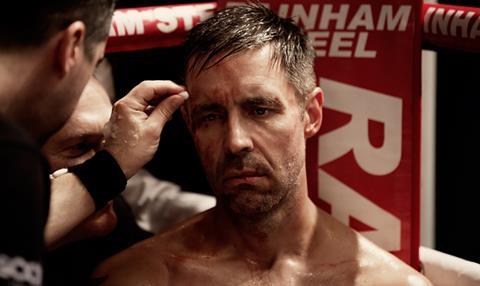 Sales outfit Cornerstone films has released a new image from forthcoming boxing drama Journeyman, starring Paddy Considine as a champion fighter who begins to suffer from personality changes after a devastating punch leaves him in a coma.

The production wrapped in mid-April after a six-week shoot in the North of England.

The project is being financed by Film4 with the BFI, Screen Yorkshire and the Wellcome Trust. Studiocanal is on-board to handle the UK release, while Cornerstone will oversee international sales.

Cornerstone will show a first-look promo of Journeyman at the forthcoming Cannes Film Festival.