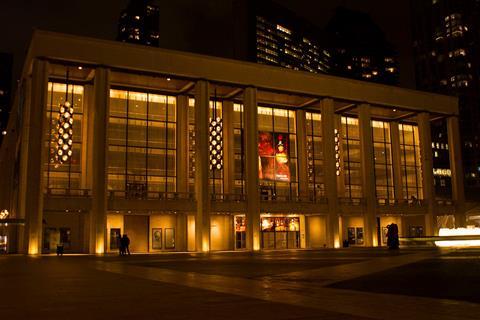 The Film at Lincoln Center hierarchy announced on Friday (May 8) a new programming structure, selection committee and advisory roles at the 58th New York Film Festival (NYFF), set to run from September 25-October 11.

Film at Lincoln Center will determine the form of the festival over the summer, however what is known is there will be five sections: Main Slate, Currents, Spotlight, Revivals, and Talks.

New section Currents is designed to complement Main Slate and will focus on contemporary features and shorts with an emphasis on new and innovative forms and voices. Lim will chair the selection committee alongside Almozini, Aily Nash, and Tyler Wilson.

The new Spotlight section will be NYFF’s showcase of sneak previews, gala events, screenings with live or performance elements, guest-curated selections and other special evenings, programmed by Hernandez and Lim.

Revivals bridges past and present through new restorations, filmmaker selections and rarities programmed by Almozini and Dan Sullivan.

Talks section will feature a series of free and ticketed panel discussions and in-depth conversations programmed by Hernandez, Devika Girish, and Madeline Whittle.

Documentaries will be represented throughout the festival, and shorts programming will mostly inhabit the new Currents section, as will experimental work and artists’ films previously shown in Projections.

NYFF has appointed a new team of five advisors – Violeta Bava, Michelle Carey, Leo Goldsmith, Rachael Rakes, and Gina Telaroli – who will work with festival programmers on scouting and facilitating connections and collaborations with various sectors of cinema.

Lim said the aim of the restructure was to “clarify and strengthen the identity of this venerable event while also making room for discovery and surprise.”