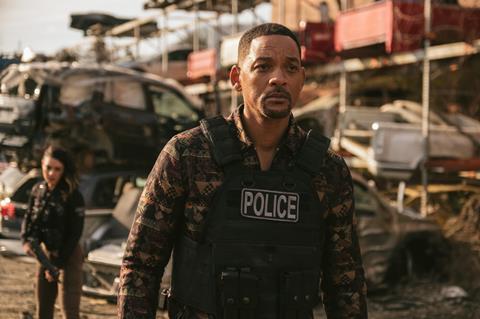 Paramount’s Sonic The Hedgehog, which opened on February 14 and finished on $146.1m, ranks third.

In a decimated box office year, most studios either pushed their tentpoles into 2021 or beyond, pivoted to PVoD, or licensed their titles to streamers.

Solstice Studios’ Unhinged ranks fourth in the post-lockdown charts, generating $19.8m since its August 21 launch. 101 Studios’ The War With Grandpa places fifth on $18.6m after its October 9 debut, with Warner Bros’ Wonder Woman 1984 in sixth place on $16.7m in 2020 since the December 25 debut in cinemas and on HBO Max.

Much of the North American exhibition circuit closed its doors in March and by late August roughly 70% had reopened at restricted capacity for the debut of Unhinged, followed by Tenet.

The level of open cinemas dropped to roughly 50% towards the end of the year and fell again to around 40% by December. Cinemas in Los Angeles and New York have remained closed since last March.

A full report on North American box office in 2020 will appear on Screendaily in the coming days once final studio market share numbers have been published.