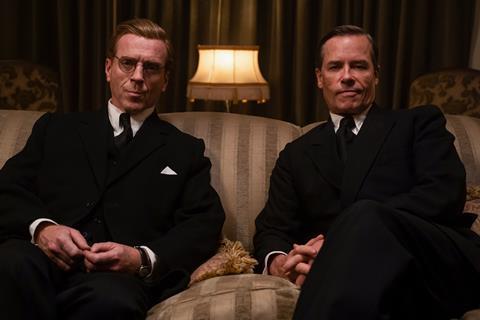 ‘A Spy Among Friends’

Sony Pictures Television has landed a raft of global sales on espionage thriller A Spy Among Friends.

A Spy Among Friends has sold to 117 territories for Sony Pictures Television. The series stars and is executive produced by UK star Damian Lewis, with Australian actor Guy Pearce and the UK’s Anna Maxwell-Martin also starring.

The Cold War thriller is based on Ben Macintyre’s novel and tells the true story of follows British intelligence officer and KGB double agent Kim Philby, and is co-produced by ITV Studios and Sony Pictures Television. The series director is Nick Murphy.

It launches in the UK on ITVX on December 8, and has been picked up by MGM+ in the US, plus Canada (Prime Video), France (OCS) and Germany (Deutsche Telekom). Sky Italia will broadcast the series in Italy, Monaco and Malta, and it will also air in India (SonyLIV), New Zealand (TVNZ), the Middle East (BeIN), across Central and Eastern European territories including Poland, Hungary, Czechia, Croatia, and Slovakia (HBO), Greece (Nova) and South Korea (Coupang).

Additionally, it has sold to BritBox International for launch in Australia as well as Denmark, Finland, Norway and Sweden, and also across Sub-Saharan Africa on MNET. The title has also sold in Japan, with the partner to be announced in due course.