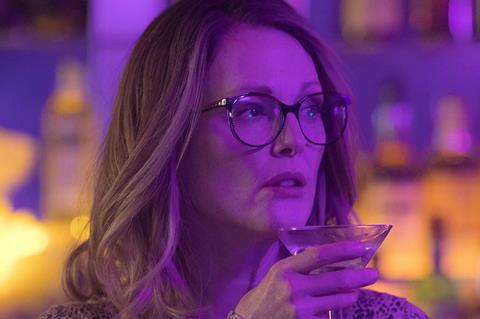 A24 has picked up US rights from FilmNation to Sebastián Lelio’s Toronto-bound Gloria Bell, the remake of his Chilean hit Gloria that stars Julianne Moore.

Gloria Bell centres on a free-spirited fiftysomething woman who looks for love at night spots. When Gloria meets Arnold (John Turturro) on a night out, she throws herself into romance and must deal with the thrills of new love as well as the complications of dating, identity and family.

Rounding out the key cast are Brad Garrett, Rita Wilson, and Michael Cera. The original film premiered at the 2013 Berlinale where it earned Chilean grande dame Paulina Garcia the best actress Silver Bear in Berlin 2013.

A24 plans a spring 2019 release following the world premiere in Special Presentations the Toronto International Film Festival next month.

“Lelio has made a completely heartwarming and winning new film, building upon his own original work while creating something fresh and universal,” said A24. “Julianne Moore gives one of her very best performances in the central role, creating an incredibly complex and nuanced character that the audience roots for at every turn. We are so thrilled to be working with Sebastián and Julianne and to be bringing this wonderful movie out into the world.”

“I really admire the films that A24 has championed,” said Lelio, who directed this year’s foreign language Oscar winner A Fantastic Woman, as well as upcoming awards hopeful Disobedience starring Rachel Weisz and Rachel McAdams. “The company is strong and daring, which I think matches beautifully Gloria Bell’s attitude about life.”