Sixth edition to move from usual berth of November to April. 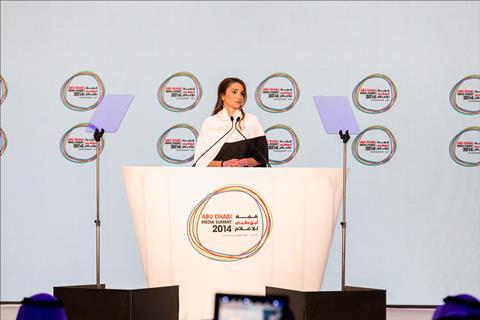 The Abu Dhabi Media Summit (ADMS), previously an annual event, will now be held once every two years and will move from November to April.

The Media Zone Authority-Abu Dhabi (MZA) has announced that the sixth edition of ADMS will be held from April 5-7, 2016.

Topics, agenda and key speakers have yet to be announced but will continue to be run by twofour54, promoting Abu Dhabi’s position in the global media industry.

Question marks had hung over the future of the summit since last month when the Abu Dhabi Film Festival (ADFF) was closed down after eight years as part of a restructure by the MZA.

The previous edition of ADMS, held in November 2014, was themed around “Driving and Sustaining Future Media in MENA and Beyond” and drew more than 1,300 local, regional, and international attendees.

The Summit hosted Jordan’s Queen Rania Al Abdullah as well as Mark Thompson, president and CEO, The New York Times Company; Gerhard Zeiler, president, Turner Broadcasting System International; and Robert A. Kotick, president and CEO, Activision Blizzard, each discussing the future of media in the MENA region and the world.