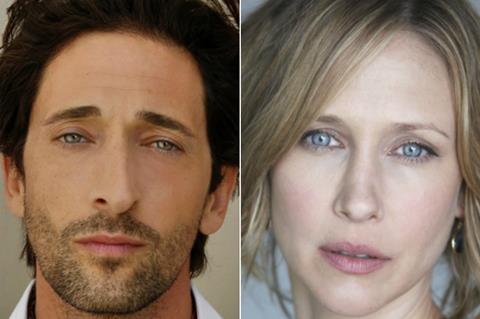 Adrien Brody and Vera Farmiga will star in Ant Timpson’s mystery thriller The Salamander Lives Twice, which XYZ Films has boarded for worldwide sales at AFM 2020 Online and jointly represents the US with CAA Media Finance.

Production is scheduled for spring 2021 with Emma Slade of Firefly Films producing alongside Katie Holly for Blinder Films. Timpson and XYZ Films serve as executive producers.

Toby Harvard wrote the screenplay from a story by Timpson and Harvard about an injured man (Brody) with an impenetrable briefcase and no memory who washes up on a remote island. There, he is found by a woman and her daughter (Farmiga), the last remaining members of a once prosperous dynasty.

Brody won the Oscar for The Pianist and his credits include The Grand Budapest Hotel, Summer Of Sam, Midnight In Paris, and the upcoming The French Dispatch, and Netflix’s Blondie.

He is currently filming the lead of the EPIX TV series Chapelwaite based on a Stephen King novel.

Farmiga earned an Oscar nomination for Up In The Air and has starred in the Conjuring series, The Departed, and Higher Ground. Coming up are The Many Saints Of Newark, and The Conjuring: The Devil Made Me Do It.

Timpson most recently directed comedy thriller Come To Daddy starring Elijah Wood and Martin Donovan, which Slade and Holly produced, and he is the creator of The ABCs Of Death anthology series. He produced Turbo Kid and The Greasy Strangler, among others.

Slade produced The Changeover and Into The Rainbow, and she served as associate producer on Brazilian 2017 Oscar submission Little Secret.