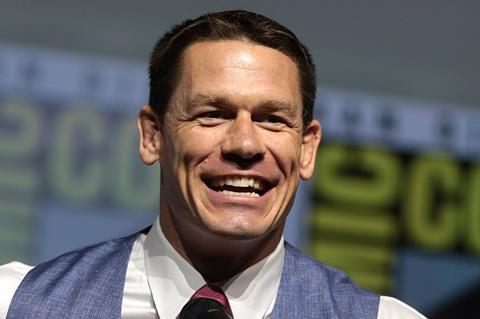 Deals have closed with Splendid Film in Germany, Signature Entertainment in the UK and Ireland, and Scandinavia; Vertice Cine in Italy, Spain, Portugal, and Latin America,The Searchers in Benelux, VVS in Canada, Volga Film in Russia and the Baltics, Monolith Films in Poland, Prorom Media in Eastern Europe, Blitz in former Yugoslavia and Ascot Elite in Switzerland.

Rights have also gone to Roadshow in Australia and New Zealand, DHL Studios in South Korea, Relay Motion in Taiwan, MVP in India and Sri Lanka, Selim Ramia in the Middle East, Sahamongkolfilm in Thailand, Square Box in Malaysia; HBO Asia for pan-Asian pay TV, Clover Films in Singapore, Pioneer in the Philippines,PT Prima Cinema in Indonesia, Empire in South Africa, United King in Israel and Echo Bridge for Airlines.

Negotiations are ongoing in the remaining unsold territories. UTA and ICM Partners are handling US distribution rights alongside AGC. Endurance Entertainment is co-financing with AGC Studios.

Principal photography is set for early 2022 in Colombia. Cena will play a former Army Ranger turned family man who takes a job working security for a journalist who scores an interview with a South American dictator. When they get caught up in a coup the former military operative finds himself on a more adventurous trip than he planned for.

“Freelance was a major success at AFM and we’re delighted to be able to bring another major commercial film to our numerous independent distribution partners around the world,” said AGC president of worldwide sales and distribution Crystal Bourbeau.