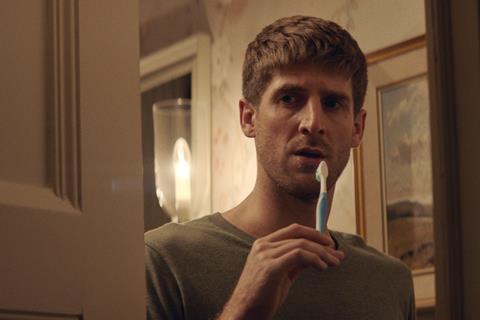 BFI Distribution has acquired  UK comedy All My Friends Hate Me, for release in the UK and Ireland in 2022.

The deal was finalised just ahead of the film’s UK premiere at the 65th BFI London Film Festival on Friday (October 8). WME Independent handled the sale with BFI Acquisitions Manager Laura Dos Santos. it has already been acquired for North America by Super.

The film – which premiered at Tribeca – is Andrew Gaynord’s feature debut. Gaynord’s previous credits include Netflix series The Characters.

All My Friends Hate Me is written by Tom Palmer and leading cast member Tom Stourton, who is best known for starring in TV comedy series including the BBC’s Pls Like and Channel 4’s Stath Lets Flats. It is also produced by Palmer for Totally Tom Films and Ravanburn Films.

The dark comedy focuses on a young man on his birthday. His old college gang have reunited for a celebratory party, but when he suspects that one friend is starting to turn against him, things take a dark turn.