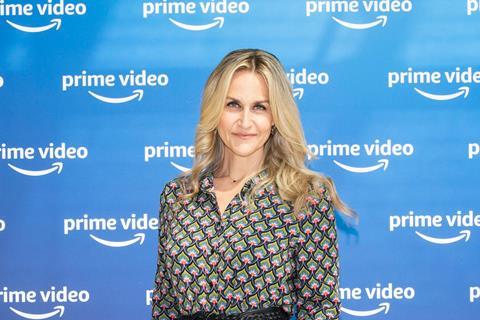 Indigo Films’ Bad Guy, a modern mafia take on The Count Of Monte Cristo, was among the new Italian original productions unveiled by Amazon Studios at its Prime Video Presents Italy event on Wednesday (May 27).

The series starts shooting in July and will be directed by Giuseppe Stasi and Giancarlo Fontana (Put Grandma In The Freezer). Writers are Davide Serino and Ludovica Rampoldi. Previous Indigo productions include Paolo Sorrentino’s The Great Beauty and Netflix series Ultras.

Also unveiled was Prisma, a young adult drama from Ludovico Bessegato (Skam Italy) about the complex relationship between physical appearance and identity. Cross Production (The Hunter, Skam Italy) is producing the series, which is shooting now and will be released in 2022.

It was also announced that Italian actor Kim Rossi Stuart (Angel Of Evil) will star in the previously announced heist series Everybody Loves Diamonds. Wildside is producing the project, which chronicles the famous 2003 Antwerp diamond heist. It is written by Stefano Bises (The Young Pope), with principal photography to start in autumn for a 2023 release.

The slate marks a shift in Amazon’s strategy towards more scripted productions in Italy, after previously producing mostly unscripted shows.

Nicole Morganti, Amazon’s head of Italian originals, said: “We don’t aim at a big volume of production, so we can choose [projects] more carefully. We plan to produce around five unscripted shows, four scripted and two films per year. One year we may have more scripted ones and less films or the opposite, but this is approximately the volume of our production in the years to come. This allows us to pick only the best of what we get to see or read.”

She added: “We offer great flexibility to producers. We love to be involved since the inception but we’ve also picked up projects that were already in the shooting phase. We only ask to raise the bar to bring these projects at the same height as the international ones we host on our platform.”

Other previously announced projects confirmed at the event include Amazon’s first Italian original film Dog Years, a young adult comedy directed by Fabio Mollo, produced by Notorious Pictures and set for release this Autumn; and original series Bang Bang Baby, produced by The Apartment and Wildside.