Event will focus on sustainable film production in the Arab world. 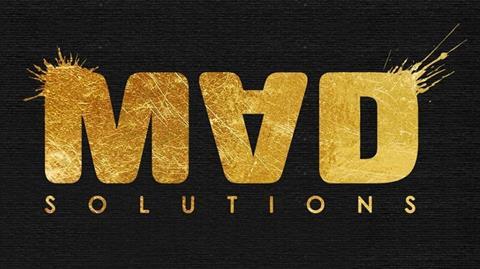 Around 10 upcoming films will be showcased at the inaugural edition on December 12, including The Originals, the latest film from Egyptian director Marwan Hamed, best known for his 2006 The Yacoubian Building, and Palestinian filmmaker Rashid Masharawi’s Writing On Snow.

An Egyptian James Bond-style feature — provisionally entitled Man Of The Impossible — will also be unveiled.

MAD Solutions co-founder and CEO Alaa Karkouti explained the aim of the event was to unveil productions that will be “the talk of the Arab cinema world next year”, source finance and stimulate discussion on how to build a sustainable film production eco-system for Arab filmmakers.

“There are still so many unanswered questions about Arab cinema. What is the size of investment in Arab films every year? What are the investment returns and levels of profitability? What is the big picture for financiers if the Arab film marketplace is allowed to achieve its full potential?,” he said.

Colin Brown, managing partner and director of international operations at MAD Solutions who helped devise the event said: “Like the best laboratories, Arab Cinema LAB has been designed as both a testing ground and launch-pad for what’s next… When you examine the risk/reward profile for Arab feature films on a macro level you see a golden opportunity for private financiers - if only there was a more user-friendly business environment through which to invest and lend with greater confidence.”

The lab is an extension of the work of the Arab Cinema Center launched by MAD Solutions last year as a promotional platform for Arab filmmakers at festivals and markets worldwide.