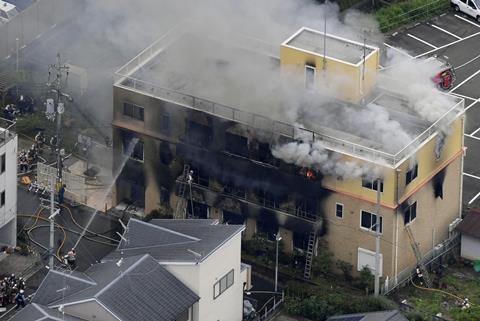 The fire at Kyoto Animation studio

According to reports from Associated Press and the BBC, a 41-year-old man broke into the Kyoto Animation Co. studio on Thursday morning, sprayed petrol and ignited it.

Japanese public broadcaster NHK is reporting that some people remain unaccounted for; the suspect has been detained and taken to hospital with injuries, with latest reports saying he was not an employee of the studio.

AP has quoted survivors of the attack, some of whom were splashed by the liquid thrown by the attacker, saying they saw the man screaming “You die!”.

Japan’s Prime Minister Shinzo Abe has described the incident as “too appalling for words” and offered condolences to those involved.

Most of those affected were workers at the studio.

Kyoto Animation, known as KyoAni, was founded in 1981 as an animation and comic book production studio. Its successes include series Lucky Star in 2007 and K-On! and Haruhi Suzumiya in 2009.

It has also worked on feature films including 2016’s A Silent Voice and last year’s Love, Chunibyo & Other Delusions! Take On Me.