Emile Hirsch, Matt Berry and Craig Robinson also in the cast for ‘An Evening With Beverly Luff Linn’. 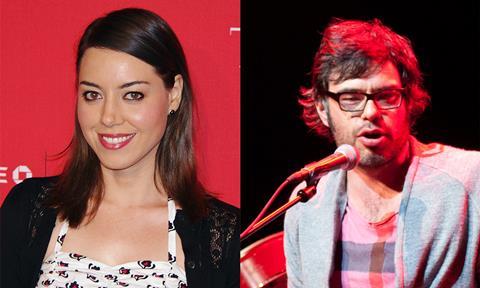 The cast for An Evening With Beverly Luff Linn, the new film from The Greasy Strangler director Jim Hosking, has been announced.

Aubrey Plaza, Jemaine Clement (both above), Emile Hirsch, Matt Berry and Craig Robinson (below) have joined the project. Hosking and David Wike wrote the script.

Park Pictures, Wigwam Films and Rook Films announced that production has begun on the film, which is funded by the BFI with the National Lottery, Film4 and GPS Partners. It is shooting in Eureka, California.

The plot synopsis reads: ‘Lulu Danger’s unsatisfying marriage takes a fortunate turn for the worse when a mysterious man from her past comes to town to perform a mysterious event called An Evening With Beverly Luff Linn; For One Magical Night Only.’

Mary Burke from the BFI said: “After the success of The Greasy Strangler, we are proud to continue to support Jim Hosking as a left-field, break-out British comedy talent.”

Park Pictures producer Sam Bisbee said: “We are all thrilled to be working with the singularly talented Jim Hosking and this dream team of a cast. We can’t wait to introduce Beverly Luff Linn to the world.”