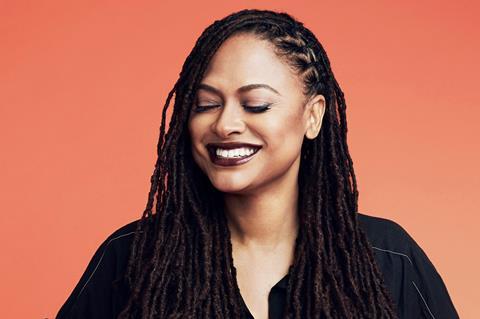 Award-winning director Ava DuVernay (Selma, 13th) has joined the BFI London Film Festival’s industry programme, which is set to reflect on a tumultuous year and consider the future of the business.

The line-up, which will take place entirely online, is led by a Spotlight conversation between DuVernay and team members from her media, arts and social impact organisation Array. The session will explore their model and approach to working across multiple platforms to amplify underrepresented voices and build a more inclusive industry.

Panel discussions include a focus on how film producers can transition to television, which will be held in association with Screen International. Panellists include Room and Normal People producer Ed Guiney of Element Pictures and Allon Reich, producer with DNA Films and TV whose credits include Ex Machina and Devs.

A second Spotlight conversation will take place with Jane Tranter, co-founder of production company Bad Wolf, which has credits including BBC/HBO fantasy series His Dark Materials and award-winning HBO dramas Succession and The Night Of.

There are several elements of the programme that deal with social change. This year, LFF is hosting a two-part industry event with black writers to raise awareness of their work and create opportunities to explore stories from new voices with commissioners and production companies. The festival has partnered with black-led film production company Ida Rose and Kwame Kwei-Armah’s Young Vic Theatre to present the showcase and pitching event that will spotlight black novelists and upcoming screenwriters.

Writer-director Kwei-Armah will also speak to Kemp Powers, the writer and co-director of upcoming Disney-Pixar animation Soul and screenwriter of Regina King’s One Night In Miami, both of which will screen during the LFF. They will discuss Powers’ work and the importance of on-screen representation.

The programme also features a Pandemic Response Programme, compiled by 67 women from across the UK film industry on behalf of gender equality organisation Bird’s Eye View to rebuild the business in new ways and explore fresh approaches to operating post-Covid.

Looking ahead, a panel that explores the future of the industry will include veteran producer and former Amazon Studios executive Ted Hope as well as Sundance Film Festival director Tabitha Jackson and the BFI’s chief executive, Ben Roberts.

Roberts will also be the subject of a ‘Question Time’ session, where he will discuss his vision for the future of the BFI and the wider film industry.

Further industry events include case studies of first-time features including writer-directors Natalie Erika James (Relic) and Aleem Kham (After Love) as well as filmmaker Yemi Bamiro (One Man And His Shoes).

As previously announced, the festival is to launch a new strand titled LFF Expanded, dedicated to virtual, augmented and mixed reality experiences. In line with this, a discussion on the future of the immersive arts sector will include Rufus Norris, director and joint chief executive of the National Theatre, Nell Whitley, executive producer at Marshmallow Laser Feast, and Jane Alison, head of visual arts at the Barbican.

It has also previously been revealed the festival will host a works-in-progress showcase for the first time and has announced the seven projects that will be presented; and that the 14th edition of the Production Finance Market will also go ahead online this year, including a speaker event with US producer James Schamus.

The BFI London Film Festival will take place from October 7-18.