‘Babyteeth’ sweeps the board at Australian Academy Awards 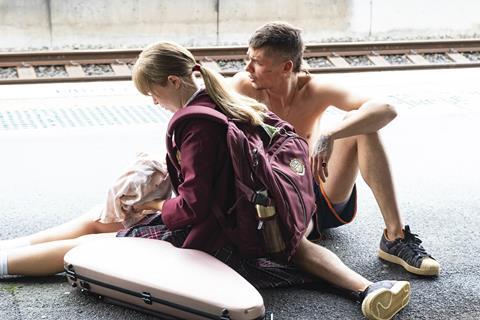 Shannon Murphy’s drama Babyteeth has swept the board at the Australian Academy of Cinema and Television Arts (AACTA) awards, winning nine prizes including best film and all four acting awards.

The Australian title – which premiered in Competition at the Venice Fil Festival in 2019 – was nominated for 13 awards, also taking home best direction for Murphy, best screenplay for Rita Kalnejais, best original score for Amanda Brown and best casting for Kirsty McGregor and Stevie Ray.

Babyteeth follows a seriously-ill teenager who falls in love with a drug dealer, to the chagrin of her middle-class parents.

Following its Venice debut – where Toby Wallace won the Marcelo Mastroianni award for best young actor or actress - it went on to play festivals including Hamburg, Zurich, London and Rotterdam.

It was released by IFC Films in the US in June 2020; Universal Pictures in Australia and New Zealand in July; and Picturehouse Entertainment in the UK and Ireland in August.

On the TV side, immigration mini-series Stateless was the big winner with 13 prizes. It is co-created by and stars Cate Blanchett, who won best guest or supporting actress in a television drama.

The show was released by the Australian Broadcasting Corporation in Australia in March; it debuted in international territories on Netflix in July.

The AACTA awards were split into two physical events, both held in Sydney, Australia; physical tickets were limited to one ticket per nomination per production, to comply with Australian Covid-19 regulations.