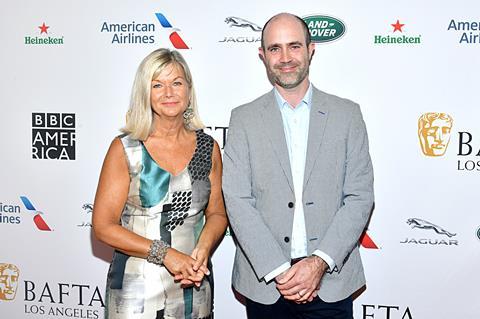 The BAFTA LA board of directors on Thursday (3) announced that COO Matthew Wiseman will become the body’s new CEO, effective November 1.

As current incumbent Chantal Rickards’ four-year tenure ends, the industry professional prepares to return to the UK to resume her career, having worked as a TV producer, channel director and commissioner of programmes in the UK, working at ITV, BBC and Group M.

Rickards will stay on as operating CEO through October 31, which covers the British Academy Britannia Awards on October 25, on which she serves as an executive producer.

During her term, Rickards oversaw the growth of the BAFTA Student Films Awards and encouraged greater collaboration between the BAFTA offices in the US and UK, and placed greater emphasis on TV and games.

London-born Wiseman has worked for BAFTA LA since 2002 in numerous key roles, most recently as COO. He has expanded the organisation’s events series and student and educational programmes, and led games activity across North America.

“It is with great honor that I step into this new role and I am delighted to be doing so at a time when the British creative community is seeing tremendous vibrancy and influence around the world,” said Wiseman. “I am excited about the opportunities ahead for BAFTA, and I’m eager to work with our talented Board, Membership and Staff to further our deep commitments here in the U.S.”

Kathryn Busby, chair of the board of directors at BAFTA LA, thanked Rickards for her “unwavering dedication and invaluable contributions” to BAFTA LA and said Wiseman’s appointment would “further the impact of our U.S. initiatives and collaborate with our NY and U.K. colleagues to broaden our international influence.”

“I came to join BAFTA Los Angeles for two years in 2015 and like so many other Brits in Hollywood, I ended up staying a lot longer than planned,” said Rickards. “Now nearly five years after my arrival, it’s time to go home and continue my career in the U.K. What a privilege it has been to represent so many of the best practitioners in film, games and television; I will miss each and every one of our BAFTA members,” said Rickards.

BAFTA chair Dame Pippa Harris praised Rickards for “the way she has taken BAFTA Los Angeles to new heights over the past four years”. Referring to Wiseman, Harris added, “I have every confidence that he will lead BAFTA’s activities in LA with skill and dynamism.”