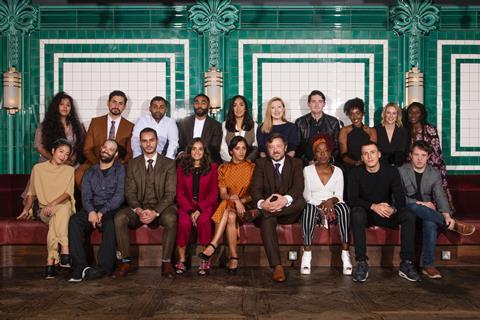 Bafta has named 21 actors for the latest edition of its Elevate scheme, aimed at supporting those from under-represented groups in progressing to the next stage of their career.

Those selected include Anjli Mohindra, whose breakthrough role was as would-be terrorist Nadia in the BBC’s Bodyguard last year.

Also chosen is Anthony Welsh, whose film credits include Starred Up, Journeyman, and The Personal History Of David Copperfield, with TV roles in Fleabag and Pure.

Micky McGregor is also among those selected and has credits including Ken Loach’s I, Daniel Blake and Sorry We Missed You. He also runs Blowin’ A Hooley Theatre, a Newcastle-based group which aims to make stage performances more accessible to local audiences.

The career development programme for under-represented groups in film and TV takes into consideration disability, race, sexual orientation, and socio-economic status, among others.

Those chosen will now receive a year-long programme of support including networking opportunities, introductions, mentoring, panel discussions, masterclasses and workshops on professional development.

They were selected by a jury of industry representatives including Yesterday star Himesh Patel and Blinded By The Light’s Viveik Kalra (both 2019 Screen Stars of Tomorrow).

The scheme is in its third year and supported writers last year and female directors in 2017.