The director of Spectre and American Beauty will discuss his career to date. 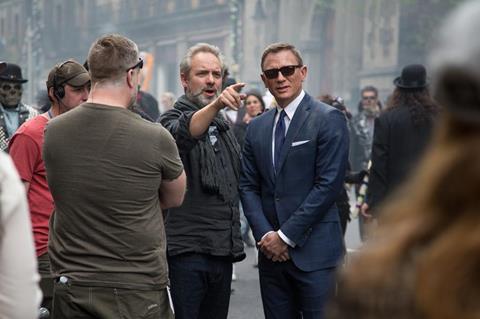 The British Academy of Film and Television Arts (BAFTA) has announced that director Sam Mendes will discuss his craft and career at an event in London on Nov 30.

As part of the ‘BAFTA: A Life in Pictures’ series, Mendes will discuss a career that includes new James Bond film Spectre.

A renowned theatre director, Mendes made his cinematic directorial debut with American Beauty in 1999, which won six BAFTAs, including Best Film. The film also won five Oscars, including Best Picture and Best Director for Mendes.

The director followed that up with war film Jarhead (2005) and relationship drama Revolutionary Road (2008).

His most recent release, Spectre, the 24th film in the James Bond franchise, opened in the UK on Monday (Oct 26).

Mendes is also one of the founders of Neal Street Productions, producers of films including Things We Lost in the Fire and Starter for 10; and TV series including Call the Midwife.

On Oct 30, Mendes will be honoured at the 2015 BAFTA Britannia Awards, with the John Schlesinger Britannia Award for Artistic Excellence in Directing.

He has also been awarded a Lifetime Achievement Award by the Directors Guild of Great Britain and was made a CBE for services to drama in 2000.

Public tickets for ‘BAFTA A Life in Pictures: Sam Mendes’ will go on sale at 1pm on Oct 30 (Fri). To book tickets, go to www.bafta.org/whats-on/