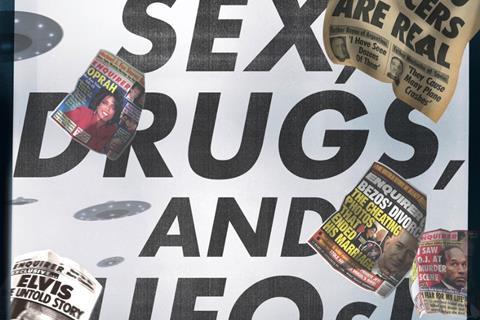 BBC Storyville has acquired UK rights from AGC International to Scandalous, the documentary about notorious tabloid the National Enquirer.

BBC Storyville will broadcast the film on BBC Four in June.

Mark Landsman’s film explores the publication’s impact on journalism, and the business, cultural and political landscapes.

Generoso Pope Jr. bought the sports newspaper then known as the New York Enquirer in the 1950s with funds from his godfather and reputed mob boss Frank Costello.

Scandalous looks at how Pope Jr. transformed it into a magazine dedicated to scandal, medical oddities, conspiracy theories, celebrity gossip and photos of the rich and famous, and why it eventually took the political step of protecting powerful men and profiling foreign despots.

AGC, the BBC and CNN co-financed the upcoming documentary Lady Boss: The Jackie Collins Story, directed by Laura Fairrie and produced by John Battsek and Lizzie Gillet of Passion Pictures. That film is in post-production.