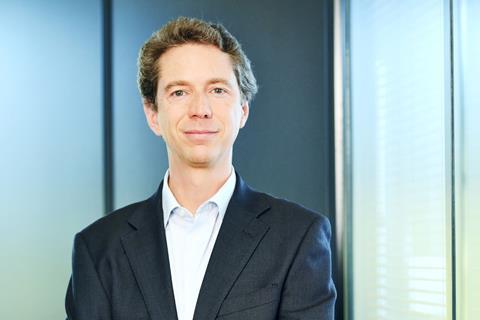 Brussels-based Belga Film Fund is looking for international film and TV projects in which to invest the €30m it says it has raised this year through the Belgian tax shelter.

“We are putting together a line-up of projects that will be shot in 2022 but will benefit from the funds we will collect this year,” explained company founder and general manager Fabrice Delville.

He said Belga is open to applications for funding before its next funding deadline ends on December 6th.

“Our support is spend-related. We ask for the project to spend money in Belgium,” Delville explained. “We are typically a co-producer but we are not an equity investor asking for a very aggressive recoupment position. That is not our model. We take a production fee and a financing fee but these are financed by the tax shelter money that we raise. In essence, what we are asking is that producer spends twice as much in Belgium as we provide.”

The Fund works as the in-house financing arm of Belga Productions.

Belga provided just under €1m for the series which was partially shot at the Lites Studios near Brussels earlier this autumn. The Belgian producers are Bravado Fiction and Belga Productions.

The Fund has also pumped funding into new Connie Nielsen TV drama The Dreamer, which is lead-produced by Denmark’s Zentropa and is shot in Danish and English.

The company is also aboard Calt Studio and Disney+ France’s French-language Mauvaise Pioche, an adaptation of BBC TV series The Wrong Mans.

One of Belga’s biggest recent investments is €5m into an animated version of Don Quixote called Don, to be produced by Ben Stassen’s Brussels-based animation outfit, nWave.

Belga’s has a long-standing relationship with nWave and the financier also put a similar amount of money into nWave’s recent animated feature, Bigfoot Family, which was picked up by Netflix. It has also backed earlier nWave films includingThe Queen’s Corgi and Chiecknhare And The Hamster Of Darkness.