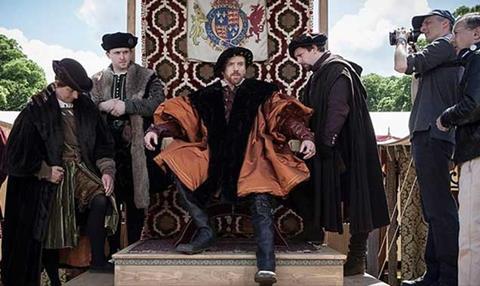 Series including BBC2 period drama Wolf Hall, US/UK co-production The Casual Vacancy and US series including 24: Live Another Day were among the 87 series with a total spend of $932.5m (£615.2m) which were produced in the UK last year.

The figures, published by the British Film Institute’s Research and Statistics Unit, mark a significant boost from the tax break’s first year. Between April 2013 and March 2014, 43 series with a spend of $600m (£395m) were produced in the UK.

There were also 22 international series including ABC’s musical comedy Galavant and Kurt Sutter’s FX drama pilot The Bastard Executioner that brought in $435m (£287m) worth of investment to the UK.

Adrian Wootton, chief executive of the British Film Commission, said the statistics proved 2014 was an “incredible” year for the UK production industry.

“The significant number of ambitious, large-scale productions choosing our skills, our facilities and our locations is vital for the UK economy,” he said. “But in addition, our success in attracting these productions is driving our industry forward and providing a vibrant environment in which to train our crew and talent of tomorrow.”