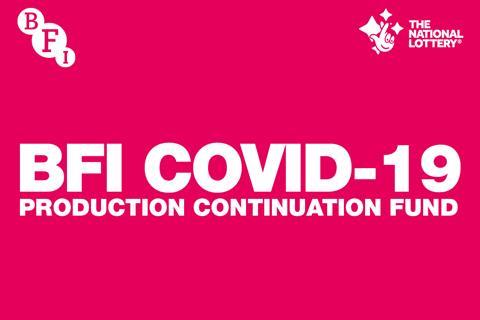 An emergency fund for UK independent productions interrupted as a result of the coronavirus pandemic has gone live today (April 29).

It will be open for UK independent productions in critical financial need as a result of unavoidable interruption due to the virus crisis, which has seen an industry-wide shut down, and will remain open until May 27.

The fund is intended to help cover unexpected additional costs, aiming to ensure producers are in a position to restart when it is safe and practical to do so.

A number of independently financed UK films that were already filming or in late stage pre-production are understood to have incurred significant and unexpected costs in having to shut down as a result of the pandemic.

The majority of these productions are, as a result, at serious risk of collapsing, as they may not find other sources of funding to cover these costs. The new fund is focused on ensuring productions can be stabilised, increasing their ability to resume production when social distancing guidance allows.

Ben Roberts, CEO of the BFI, said: “We are focused on restarting the industry as quickly as possible, and central to that is ensuring we have a strong and vibrant independent film sector in the UK, which was under considerable pressure before the shutdown.

“This fund is part of that work, providing a vital lifeline to independent productions directly and significantly impacted by the lockdown. It aims to ensure the production companies, along with the creatives and crew they were working with, are in a position to restart when it is safe and appropriate to do so, and crucially, encouraging our talented workforce to remain in the sector.”

Applications are invited from independently financed films with a production budget of less than £8m ($9.9m), which are produced by a UK production company and are capable of qualifying as a “British film”, including UK qualifying co-productions (where such costs must relate to UK production elements). All awards from the fund will be recoupable.

The Production Continuation Fund mirrors the financial support already provided to eight BFI-funded features that were filming or in late stage pre-production when they were forced to stand down due to the Covid-19 crisis. These include Benediction, written and directed by Terence Davies and starring Jack Lowden, and Pirates, the feature directorial debut from Reggie Yates.

The fund is part of a package of support the BFI has rolled out to support individuals, organisations and businesses across the sector. The BFI is also continuing to work closely with industry and government to develop and implement a sector-wide strategy for recovery.

Out of its Screen Sector Task Force, a number of working groups are focused on inward investment, independent film, distribution and exhibition, and television and broadcasting. Roberts spoke to Screen this week in a wide-ranging interview about the Task Force and more.

Applications and further eligibility details can be found at www.bfi.org.uk/continuationfund