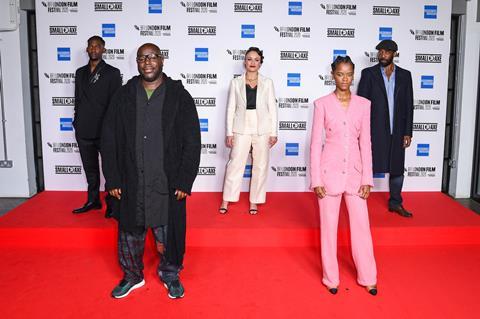 The festival has also confirmed its submissions deadline of Thursday June 17 at 5pm BST, for features and short films. Submissions are now open for UK shorts and features, and international short films.

Details of the format for the festival will be released in the coming months.

LFF held its first hybrid edition in October 2020, combining in-cinema experiences across the UK with an online edition via BFI Player.

The hybrid event secured a record number of attendees for LFF, with 315,000 across the UK and internationally up from 190,000 for the fully in-person event In 2019.

LFF 2020 held 54 virtual premieres and 17 in-cinema premieres at the BFI Southbank in London and 12 partner venues across the UK. 40% of that audience came from outside of London. It opened with Mangrove, one of five films from Steve McQueen’s Small Axe anthology.

Thomas Vinterberg’s Another Round won the audience award for best film; with the £50,000 IWC Schaffhausen filmmaker bursary going to Wildfire director Cathy Brady.