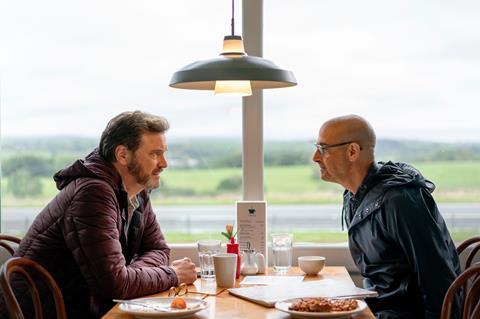 Bleecker Street has acquired North American rights from The Bureau Sales to Supernova starring Colin Firth and Stanley Tucci ahead of its BFI London Film Festival screening this weekend.

Harry Macqueen’s second feature premiered at San Sebastian and will open in the UK through Studiocanal.

Macqueen wrote the Quiddity Films production about a loving couple visiting friends on a tour of England after a life-changing diagnosis, when a secret emerges that tests their love.

Emily Morgan of Quiddity Films (I Am Not A Witch) produced with Tristan Goligher of The Bureau (45 Years, Lean On Pete, Weekend).

Morgan initiated the development with research and screenwriting support from The Wellcome Trust and Quiddity’s BFI Vision Award, prior to partnering with The Bureau.

Kent Sanderson and Avy Eschenasy of Bleecker Street brokered the deal with Clémentine Hugot of The Bureau Sales on behalf of the filmmakers.