Bleecker Street, US theatres set virtual release for ‘The Roads Not Taken’ 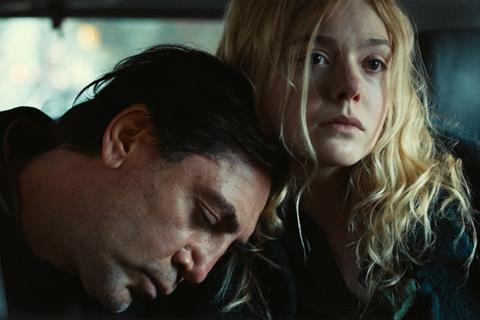 Responding to the ongoing coronavirus pandemic, Bleecker Street has partnered with US independent theatres to orchestrate a virtual release for Sally Potter’s The Roads Not Taken.

Cinepolis Luxury Cinemas, CMX Cinemas, Bow Tie Cinemas, Laemmle Theatres and Studio Movie Grill have signed up as the early number of exhibition partners has established a site footprint of more than 175.

Sally Potter’s drama received its world premiere at the Berlinale in February and its subsequent theatrical release on March 13 was cut short when US theatres closed as part of a mandatory public social distancing strategy to mitigate the spread of the virus.

Screenings will start on April 10 and audience members will pay $12 for a three-day viewing window. Revenue is being split 50-50 between Bleecker Street and exhibition partners.

Javier Bardem, Elle Fanning, Laura Linney and Salma Hayek star in The Roads Not Taken, which follows a day in the life of Leo and his daughter Molly as he floats through alternate lives he could have lived, leading Molly to wrestle with her own path as she considers her future.

“While we were looking forward to bringing the film to theatres across the country, this new approach helps us to share Sally’s vision with audiences while also supporting our exhibition partners during this difficult time,” said president of distribution, Jack Foley.