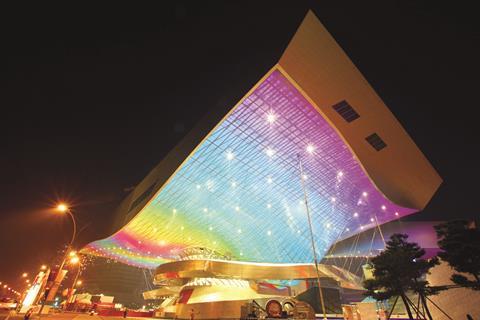 South Korea’s Busan International Film Festival (BIFF) is launching its On Screen section which will carry premieres of high-profile drama series that will later be streamed on OTT video platforms.

BIFF, whose 26th edition will be held October 6-15, said the section “aims to precisely reflect the current state of the market, which is expanding multi-directionally, while embracing the extended flow and value of cinema” and should be “able to present more diverse and higher-quality works to the audience, whose range of fandom is expanding”.

Hellbound is based on a popular web comic that tells the supernatural stories of people suddenly condemned to hell and the events that lead to the establishment of a religious organisation and people trying to reveal the truth behind all this. Yoo Ah-in, Park Jeong-min, Kim Hyun-joo, Won Jin-a, Yang Ik-june, Kim Do-yoon, Kim Sin-rock, Ryu Kyung-soo, and Lee Re star in the Korean series.

My Name is a Korean action noir series that follows a woman as she infiltrates the police force using another name to reveal the secret of her father’s death and take vengeance. Starring Han So-hee, the series also features Park Hee-soon, Ahn Bo-hyun, Kim Sang-ho, Lee Hak-ju, and Jang Yull.

Forbidden will have two episodes premiering at BIFF that were directed by Boonyawatana, who won the Kim Jiseok Award at the festival in 2017. The horror series follows four friends who travel from Bangkok to a remote mountain village for the funeral of one of their fathers. It stars rising Thai actor-singer Kritssanapoom Pibulsonggram.

The festivals has also announced the Kim Jiseok Award will be led by director Reza Mirkarimi who will be joined by critics Gulnara Abikeyeva and Kim Haery. The jury will award $10,000 each to two films making their world premieres and directed by Asian filmmakers.

The Sonje Award jury for shorts will be made up of festival programmer Bastian Meiresonne and directors Royston Tan (24) and Yoon Danbi (Moving On).

Uhm Junghwa (Haeundae) and Cho Jin-woong (The Handmaiden) will decide the Best Actor and Actress of the Year awards from Korean films in the New Currents and Korean Cinema Today – Vision sections.