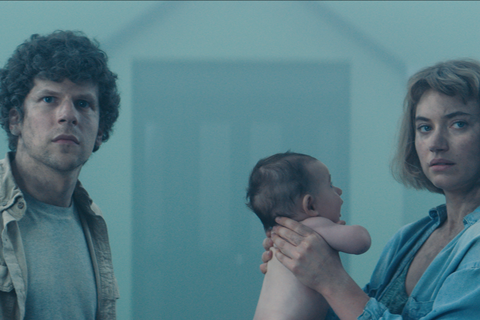 Irish director Lorcan Finnegan’s second film (Without Name) centres on a young parents searching for a first home who get trapped in a mysterious housing development.

“We are very impressed with Lorcan’s elevated genre piece, heightened with the strong-calibre performances of Imogen and Jesse,” said Saban Films president Bill Bromiley. “We are looking forward to our audiences seeing this original, smart and offbeat film.”

The feature received support from Screen Ireland, Wallimage, the Danish Film Institute, Copenhagen Film Fund and Eurimages, as well as the Creative Europe Media Programme of the European Union, Film4, and Frontières.

Saban Films’ Ness Saban brokered the deal with CAA Media Finance and XYZ Films on behalf of the filmmakers.