EXCLUSIVE: Drama is directed by Klaus Härö and will head to next week’s Cannes Marche. 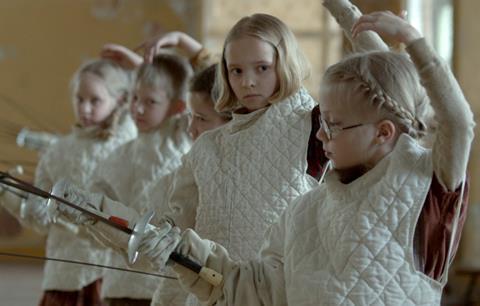 Ahead of next week’s Cannes Marche, The Little Film Company has acquire the latest feature from Finnish director Klaus Härö, The Fencer.

Härö won the Crystal Bear at Berlin 2003 with his feature debut, Elina: As If I Wasn’t There, and has since made films including Mother of Mine (2005) and Letters To Father Jacob (2009), which sold around the world.

His latest film is about a young Estonian fencer who flees from the Russian secret police and is forced to return to his homeland, where he becomes a physical education teacher at a local school - but the past soon catches up with him.

The Fencer is written by Anna Heinämaa and stars Märt Avandi andß Ursula Ratasepp.  The film is a Making Movies production, produced by Kai Nordberg and Kaarle Aho.

London and LA-based The Little Film Company is also taking a filmed version of Hamlet, starring Maxine Peake, to the Croisette next week.