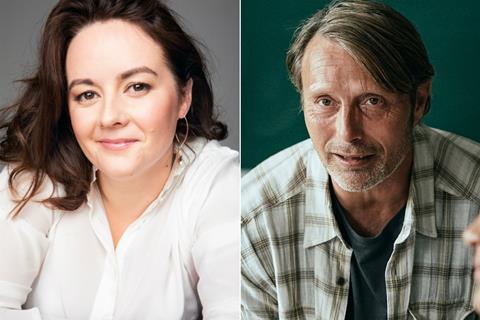 Cathy Brady, ‘Another Round’

Wildfire director Cathy Brady has been awarded the £50,000 IWC Schaffhausen filmmaker bursary award in association with the BFI.

The award was presented to Brady at a virtual ceremony to mark the closing night of the 2020 BFI London FIlm Festival (LFF) on Sunday, October 18.

Thomas Vinterberg’s Another Round won the audience award for best film.

The annual bursary is presented to first- or second-time UK writer, director, or writer-director. Wildfire, which was selected for last month’s online Toronto International FIlm Festival, stars Nora-Jane Noone and the late Nika McGuigan, as estranged sisters living in an Irish border town.

This year’s jury was Christoph Grainger-Herr, CEO of IWC Schaffhausen, Ben Roberts, chief executive of the BFI, and filmmaker and actor Michaela Coel. The other nominees were After Love’s Aleem Khan and Ammonite’s Francis Lee.

”In a year that has been so turbulent for so many, it feels like a safe harbour and for a first feature filmmaker, the chance to recalibrate, dream, and immerse myself in the next project is such an incredible gift,” said Brady, a 2013 Screen Star of Tomorrow, of the winning the award.

The LFF put its regular competition and juries on hiatus this year as the festival moved mostly online. Vinterberg’s 2020 festival favourite Another Round won the best film prize; Benjamin Ree’s The Painter And The Thief was presented with best documentary; the best XR/immersive art prize was won by Anna West and David Callanan for To Miss The Ending; and best short film was won by Tommy Gillard for Shuttlecock.

Studiocanal is set to release Another Round in the UK and Ireland on November 20.

“There was never a moment in this utterly crazy year when we considered not delivering a BFI London Film Festival,” said festival director Tricia Tuttle. “We know LFF means too much to both filmmakers and audiences. So how fitting, then, that we put audiences in control of the Awards this year with our first Virtual LFF Audience Awards. And dammit, don’t our audiences have great taste?!”