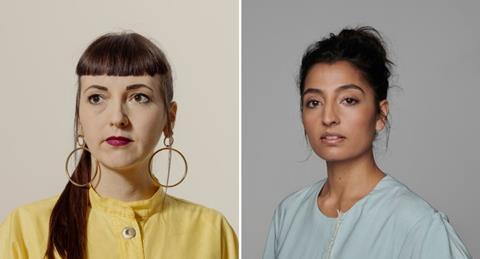 UK director Prano Bailey-Bond is one of 36 emerging talents from the fields film, TV and games sectors chosen for the 2021 edition of Bafta Breakthrough.

Censor director Bailey-Bond, who was a Screen Star of Tomorrow in 2018, has been selected alongside Helen Jones, who produced the psychological horror, which was Bailey-Bond’s debut feature. They are among the 24 UK talents to make this year’s list.

From the world of TV, the Breakthrough selection includes We Are Lady Parts casting director Aisha Bywaters (Star of Tomorrow 2020), director of Damilola: The Boy Next Door, Ashley Francis-Roy, star of It’s A Sin Lydia West and Sex Education actor George Robinson.

It is the second time that the initiative will include US talent. This year’s 12-strong US cohort features Shiva Baby production designer Cheyenne Ford and The Farewell cinematographer Anna Franqueso-Solano.

Bafta Breakthrough, known previously as Breakthrough Brits, began in 2013. It expanded to the US, and, in a separate initiative, India, in 2020. This list is compiled by a jury including Afua Hirsch, Niamh Algar and Tim Renkow, alongside the jury chair Ade Rawcliffe. Netflix is a supporting partner on the scheme.