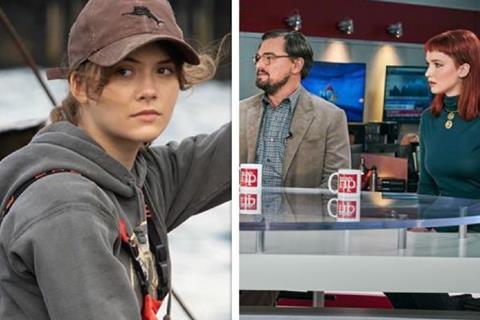 Apple TV+’s Coda and Netflix’s Don’t Look Up were the big film winners at Sunday’s (20) virtual 2022 Writers Guild Awards hosted by the East and West Coast chapters the day after Coda boosted its Oscar hopes by claiming the PGA’s top prize.

Adam McKay’s script for Don’t Look Up took the WGA’s original screenplay prize and Sian Heder prevailed in the adapted category for Coda, which is based on French La Famille Belier.

Both are nominated for their respective Oscar categories although there were a number of heavyweight Academy Awards contenders that were ineligible.

Due to the films not being produced under the guild’s minimum basic agreement three adapted Oscar nominees – The Power Of The Dog, The Lost Daughter and Drive My Car – were absent from the WGA’s nominees although they will contest that category on March 27 with Coda and Dune.

Similarly Don’t Look Up will face off for the Oscar against Belfast, which was ineligible for WGA consideration, alongside fellow WGA nominees King Richard and Licorice Pizza as well as The Worst Person In The World.

The HBO duo Succession and Mare Of Easttown enjoyed  another good night after the PGA Awards, earning prizes in the television category for drama series and original long form, respectively.

2022 WGA film and selection winners appear below in bold:

Being The Ricardos
Written by Aaron Sorkin

Dune
Screenplay by Jon Spaihts and Denis Villeneuve and Eric Roth, Based on the novel Dune Written by Frank Herbert

Tick…Tick…Boom!
Screenplay by Steven Levenson, Based on the play by Jonathan Larson

West Side Story
Screenplay by Tony Kushner, Based on the Stage Play, Book by Arthur Laurents, Music by Leonard Bernstein, Lyrics by Stephen Sondheim, Play Conceived, Directed and Choreographed by Jerome Robbins.

Like A Rolling Stone: The Life & Times Of Ben Fong-Torres
Written by Suzanne Joe Kai.