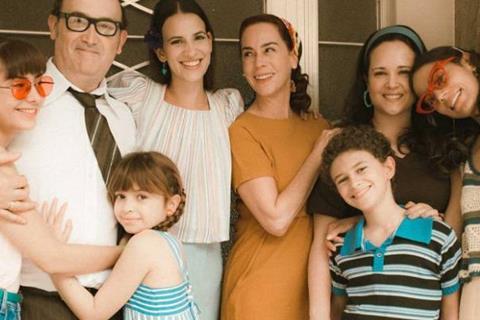 Memories Of My Father

Colombia dominated the Platino Awards – the Ibero-American equivalent of the Oscars – as Memories Of My Father, a drama about a public health activist murdered in the 1980s, took five awards on Sunday night (October 3) while Michel Franco’s New Order emerged empty-handed from the Madrid ceremony.

Memories Of My Father won best film and art direction and earned three awards for Spaniards as Fernando Trueba triumphed in the directing category, his brother David Trueba won for best screenplay and Javier Camara took the best actor prize for his performance as Héctor Abad Gómez, the doctor shot dead in Medellín by far-right paramilitaries.

In a strong night for Spain at the eighth annual celebration of the Ibero-American audiovisual industry at IFEMA Municipal Palace, Candela Penã was named best actress for her role in Iciar Bollain’s Rosa’s Wedding as a woman in her 40s who decides to live her life and marry herself.

Franco’s New Order, the 2020 Venice Film Festival grand jury prize winner and one of the most lauded Spanish-language films of the past year for its portrayal of the decadence of the Mexican elite, had been in contention for best film, director and supporting actor Diego Boneta.

In the television categories Spain took the main prize for best series with Patria. The drama about the impact of ETA’s terrorism on Basque families also earned Aitor Gabilondo the award for best creator of a mini-series or TV series, while Elena Irureta was named best actress and Loreto Mauleón won the best supporting actress category.

A sense of fun pervaded the ceremony as the Platinos returned in person under Covid protocols following last year’s virtual edition. An opening sequence parodying the segment ‘Pasternak’ from Damián Szifron’s 2014 Argentinian smash Wild Tales played on the rivalry between Ibero-American countries. When a plane appears to lose control, one of the passengers, the Platinos’ Mexican host Luis Gerardo Mendez, suspects the pilot is Colombian-Spanish actress and show co-host Juana Acosta who might be trying to get rid of him.

Platino awards are an initiative of FIPCA, the Ibero-American Federation of Film and Audiovisual Producers, and EGEDA, the management association of audiovisual producers’ rights founded in Spain.

This year the ceremony was preceded by the inaugural edition of the Iberseries Platino Industria (IPI) that ran September 27-October 1 at Matadero Madrid, a former slaughterhouse converted into a cultural centre.

IPI was designed to promote audiovisual projects and encourage business among Ibero-American participants and was the largest international gathering for the Spanish and Portuguese-speaking industry, with film and series screenings, conferences, masterclasses, pitching sessions and meetings with private funds.

While organisers had contemplated staging the awards ceremony and industry event in Mexico next year, for now the plan is to return again to Madrid for both, with dates yet to be decided.

Best creator of a a mini-series or TV series
Aitor Gabilondo, Patria (Sp).