The ceremony broadcast was banned in mainland China, reportedly due to the nomination of the politically-charged dystopian drama. 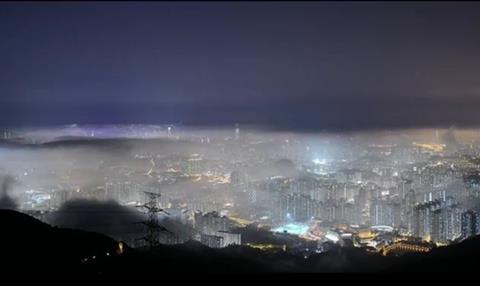 Port Of Call, which came into the night with the most nominations at 13, pulled off a clean sweep of all the acting prizes: best actor for Aaron Kwok (his first HKFA win), best actress for newcomer Jessie Li, best supporting actress for Elaine Jin, as well as best new performer and best supporting actor, both of which for Michael Ning.

However, the biggest award of the evening went to Ten Years, which beat heavyweights Port Of Call, Ip Man 3, Little Big Master and The Taking Of Tiger Mountain for best film. Producers Andrew Choi and Ng Ka Leung (who is also one of the five directors) were on hand to receive the top honour from HKFA chairman Derek Yee.

The low-budget omnibus film was a surprise hit in Hong Kong, with a box office of more than $770k (HK$6m) after 58 days on a limited release. But it has raised the eyebrows of the mainland Chinese authorities for its portrayal of a dystopian Hong Kong under tight Chinese rule in the year 2025.

Following the broadcast ban of the HKFA ceremony in China reportedly due to Ten Years’ nomination, news of its best film win is censored in mainland media, with no mention of the film from any list of the awards’ winners.

The only other film to win multiple awards was Johnnie To’s musical Office, which walked away with art direction and original film score.

Best Film From the Mainland and Taiwan: The Assassin