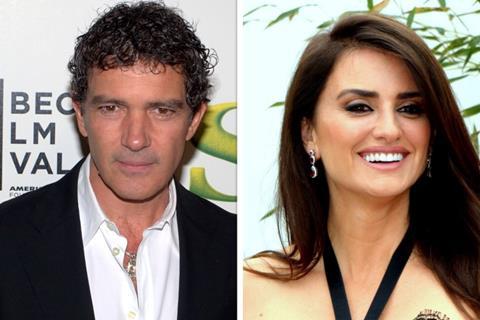 Spain’s The Mediapro Studio has announced it is temporarily halting the shoot on Competencia Oficial (Official Competition) directed by Argentinian duo Mariano Cohn and Gastón Duprat and starring Penélope Cruz and Antonio Banderas.

Production started in Madrid a few weeks ago and stopped on Wednesday (11) after the spread of coronavirus in the region forced local authorities to implement safety measures including the closure of schools and universities and a ban on gatherings of more than 1,000 people.

The decision to halt production will allow, according to The Mediapro Studio’s note to the press, “the members of the crew to tend to their families, especially considering that the schools are shut in Madrid”. The note did not specify when the shoot – originally scheduled to go on until mid-April – will resume beyond stating that “as soon as it’s possible to guarantee to safety of everybody working on the production”.

Competencia Oficial marks the first time Cruz and Banderas have worked together more extensively than they have done with Pedro Almodóvar, the director who launched them to international fame.

While both actors have collaborated with Almodóvar for many years and starred (without sharing the screen) in his recent Goya-winning drama Pain & Glory, the pair have rarely appeared together at the same time on screen. The last time this happened was, briefly, in Almodóvar’s 2013 film I’m So Excited.

Competencia Oficial centres on a film production starring two actors, played by Oscar Martínez (Venice 2016 Coppa Volpi-winning star of The Distinguished Citizen, also directed by Cohn and Duprat) and Banderas. Both have clashing personalities, very different careers in film business, and the challenge of working for an eccentric director played by Cruz.

Cohn and Duprat co-wrote the screenplay with Andrés Duprat.