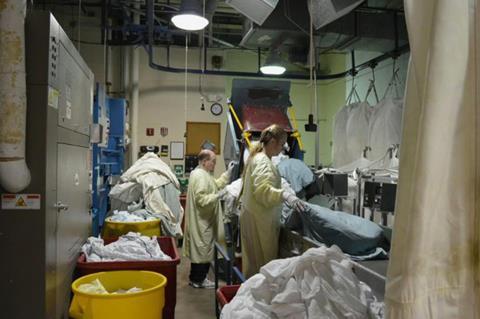 The Limits Of Work

The 21st Ji.hlava International Documentary Film Festival came to a close on October 28, with director Apolena Rychlíková winning the audience award and the festival’s top prize, the Czech Joy Award, for The Limits Of Work.

The feature-length documentary was produced for public broadcaster Czech Television and is based on journalist Saša Uhlová’s series of reports documenting appalling conditions for the country’s lowest-paid workers.

Piotr Stasik’s Opera About Poland won Ji.hlava’s Between The Seas award for documentaries from central and eastern Europe, which comes with a €10,000 prize. Stasik and his producer Anna Gawlita were previously awarded best director and best producer for the same film in Krakow Film Festival’s international documentary competition.

The 21st edition of the Czech festival also saw the Ji.hlava Film Fund’s inaugural pitch session, with Ukrainian director Igor Kosenko and German director Cyprien Clement-Delmas winning €16,000 in post-production services for their film Boy Of Wars. The completed film is expected to screen at next year’s festival.

“What is crucial for us at this festival is talking about what works and what doesn’t for documentaries across Central and Eastern Europe,” said festival director Marek Hovorka. “We can be braver – this is something that is missing in the whole of the documentary landscape.”