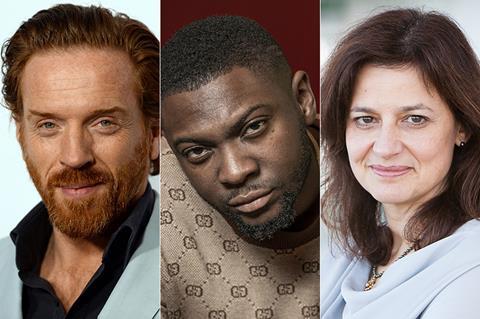 Actor Damian Lewis, actor-director Andrew Onwubolu, aka Rapman and Creative UK CEO Caroline Norbury are among the film and TV figures to receive honorary titles as part of the Queen’s birthday honours to celebrate the Platinum Jubilee.

Lewis, whose credits include Homeland, received a CBE for his services to film and charity.  He is also co-founder of the Feed NHS campaign, created in response to the Covid-19 pandemic.

Rapman created the YouTube series Shiro’s Story before directing his feature debut Blue Story in 2019. He has received an MBE for his services to drama and music. The filmmaker’s sci-fi series Supacell has been recently commissioned by Netflix.

Filmmaker and artist Isaac Julien has received a CBE. His directing credits include the documentary Derek co-written by Tilda Swinton and the 1991 Cannes Critics Week title Young Soul Rebels.

Call the Midwife writer and creator Heidi Thomas has received an OBE.