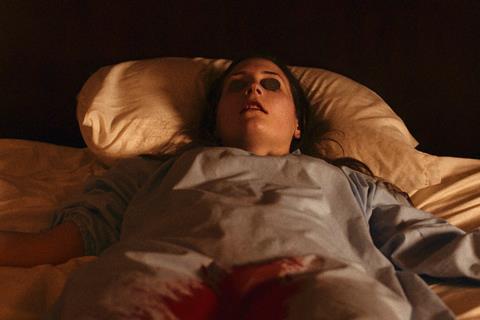 UK genre sales outfit Devilworks has added two new titles to its slate ahead of the Marché du Film in Cannes next month (May 14-23).

The company has acquired international rights to Michael Melski’s The Child Remains. Produced by Craig Cameron and Melski under Malefic Films and co-produced by Telefilm Canada, the Canadian film follows an expectant couple’s weekend away that turns to terror.

It premiered at Atlantic International Film Festival in Canada in 2017, and is set for a summer theatrical release in the US with Uncork’d Entertainment.

Devilworks has also picked up worldwide rights to Italian title Blue Wonder, writted, directed and produced by Hermes Cavagnini through his Cavagnini Film. Starring Elyse Dufour, Ed Corbin and Brennan Keel Cook, the thriller follows a troubled young model who becomes mixed up with the mafia when helping her love interest solve a family mystery. The film has completed post-production and is looking for its festival premiere.

The two films join three titles added to the Devilworks roster earlier this month, including supernatural horror The Young Cannibals.