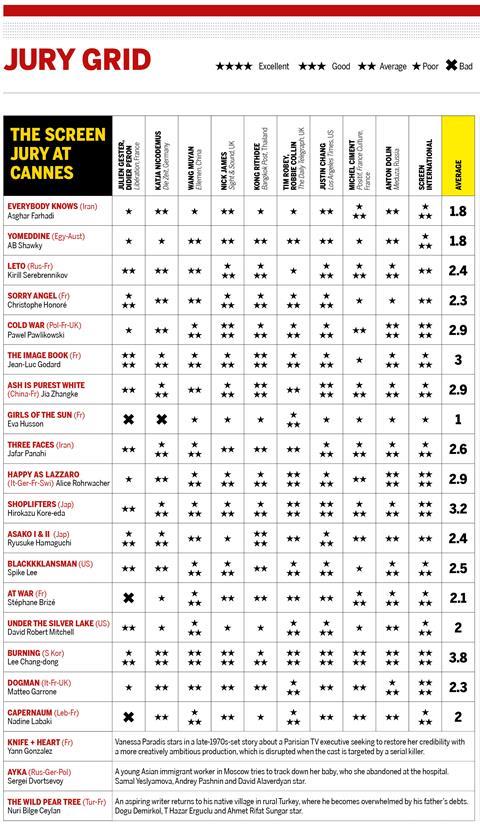 Garrone’s Dogman achieved an average score of 2.3 from the ten critics. The film follows an everyman figure who runs a dog-grooming parlour and dog hotel in a seaside town.

Tim Robey and Robbie Collin from The Telegraph and Meduza’s Anton Dolin awarded it 3 stars, with Screen’s critic going further to a top score of 4. However, Julien Gester and Didier Péron of Libération awarded it a solitary 1 star.

Labaki’s Capernaum follows a young boy who takes his parents to court for the crime of bringing him into the world. The film landed on the grid with an overall rating of 2.

Gester and Péron were again unimpressed, giving it the lowest score of 0 stars. It fared far better with Ellemen’s Wang Muyan, Robey and Collin and Screen’s own critic though, who each awarded 3 stars.

With only three titles still to come, Knife + Heart from French director Yann Gonzalez is next up.