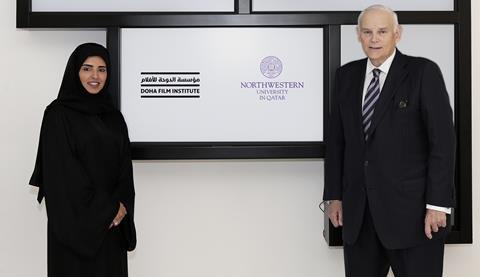 The Doha Film Institute (DFI) and Northwestern University in Qatar have announced a new strategic alliance to foster joint research projects and events such as workshops, film screenings and masterclasses.

The new alliance builds on their groundbreaking 2014 survey “Entertainment Media Use in the Middle East”, one of the most comprehensive studies into content consumption in the region to date.

The first project under the newly-announced alliance will be a second research survey on the media industry in the Middle East, aimed at a wide readership – including industry professionals, academics and the general public – and due for publication in late 2015.

The exact parametres and design of the study will be decided in April but the “likely” focus will be on areas where data is relatively scarce such as ownership structures, emerging production and distribution models, and the role of government subsidy and legal constraints, the partners said in a joint statement.

“Media and communication in the Middle East is an area that is ripe for insightful, in-depth study. NU-Q has been building a body of research that takes a keen look at media and entertainment consumption in the region. This new collaboration with the Doha Film Institute is an opportunity to look at the other side of the equation: the organisations and businesses that produce content,” said Everette E. Dennis, dean and CEO of NU-Q.

Also commenting on the new joint study, Fatma Al Remaihi, CEO of the DFI, said: “By drawing on the combined strengths of the Doha Film Institute and NU-Q, we expect the results of the joint media study to make a valuable contribution to understanding content creation, production and distribution in the Middle East.”

“This is an organic extension of our earlier joint survey, which helped compile reliable and useful data about media consumption and cultural attitudes in the region. Providing access to a credible bank of knowledge is part of our mandate and through our strategic alliance with NU-Q, we are deepening industry-academia links for the benefit of the community,” she added.

The DFI and NU-Q have worked on several collaborative projects in the past, including local community-focused initiatives such as the Ajyal Youth Film Festival and joint educational initiatives.

Their 2014  “Entertainment Media Use in the Middle East,” involved 6,000 face-to-face interviews in six nations and continues to be a useful tool for industry professionals and academics due to a sophisticated interactive website presenting the data (http://mideastmedia.org/).

The findings of the survey were recently put under the spotlight at a NU-Q’s Qatar Media Industries Forum (QMIF) panel discussion during DFI’s Qumra initiative in March, aimed at nurturing film projects by directors from the Middle East region and further afield.

The upcoming study will follow the same collaborative model as the ‘Entertainment Media Use in the Middle East’.

Qatar’s DFI is an independent, not-for-profit cultural organisation, supporting the growth of the local film community through cultivating film appreciation, enhancing industry knowledge and contributing to the development of sustainable creative industries in Qatar.

Founded in 2008, in partnership with Northwestern University in Evanston, Illinois in the US, NU-Q is top-ranked educational institution offering undergraduate degrees in journalism and communication.