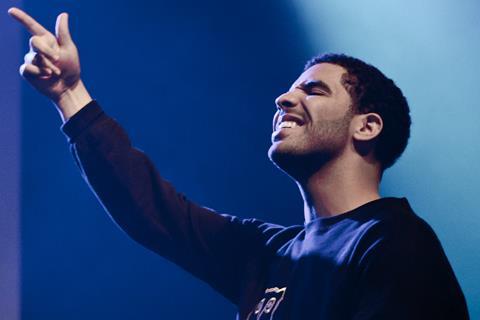 Following the film’s Canadian premiere on September 6 Drake will activate TIFF Bell Lightbox during the festival’s opening night party. NEON is US distributor on the film, which premiered at Sundance, and HanWayFilms handles international sales.

Other special events include a live reading by Jason Reitman and guests of The Breakfast Club, and sneak peaks of the upcoming How To Train Your Dragon: The Hidden World with director Dean DeBlois and producer Brad Lewis, and a sneak preview of First Man in Imax at Ontario Place Cinesphere with Damien Chazelle.

The 43rd Toronto International Film Festival runs from September 6 to 16 and brass also announced the In Conversation With… series featuring on-stage conversations with Hilary Swank, Mahershala Ali, and Maggie Gyllenhaal.

“Every year TIFF is honoured to connect our audiences to true cinematic geniuses who embody a diverse range of experiences, interests, and skill sets that allow them to thrive in both the artistic and business sides of the movies,” said Theresa Scandiffio, In Conversation With… programmer and TIFF Learning senior director.

“This year’s lineup is a dynamic roster of empowering and thoughtful leaders in their respective crafts. We are beyond thrilled to bring these award-winning artists and decision-makers to our stage for what we know will be a series of engaging sessions filled with illuminating lessons and inspiring stories for all film-lovers alike.”

Swank won lead actress Oscars for Boys Don’t Cry and Million Dollar Baby, and stars in TIFF 2018 Gala Presentation What They Had.