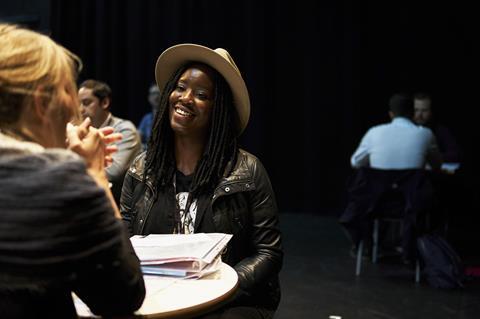 The Edinburgh International Film Festival (EIFF) has revealed the line-up of industry events running alongside this year’s festival.

The nine-day industry programme, which runs June 21-29, takes place at the Press and Industry Centre in the Traverse theatre.

The BFI’s six new regional talent executives, announced in April, will attend a ‘Meet the NETWORK’ event that will feature an introduction by talent development manager Matimba Kabalika and a roundtable focussing on making the most of a short film, hosted by two BFI execs.

An ‘Inclusivity Behind The Camera’ panel featuring Gareth Ellis Unwin and Michelle Moon Lim from Creative Skillset and Sonja Henrici from Scottish Documentary Institute will tackle how filmmakers and producers improve crew inclusivity.

The closing session on June 29 will focus on adapting books for screen, followed by a networking event supported by Creative Scotland.

EIFF Works in Progress will showcase ten new projects from across the UK to an invited audience of sales agents, distributors, financiers and festival programmers. The most promising project will win a £2500 prize. The line-up is below:

A total of 30 filmmakers will take part in the four-day EIFF Talent Lab, which is supported through the Scottish Government’s Edinburgh Festivals Expo Fund.

The 2018 Talent Lab participants are:

Distribution Rewired will return for the fourth year to focus on filmmakers working with newer distribution models.

The initiative includes a marketplace where ten pre-selected film projects can arrange meetings with industry figures to explore more creative approaches to distribution.