Global Screen and Picture Tree International are lining up a number of market premieres to be unveiled at the European Film Market (EFM) in Berlin later this week. 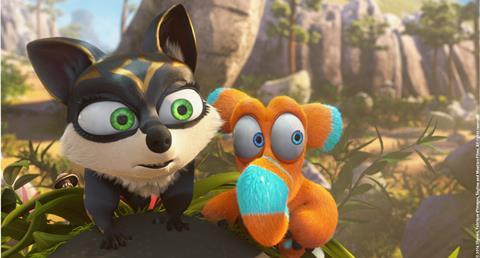 Munich-based Global Screen’s market premieres include the first 3D screening of Toby Genkel’s animation film Ooops! Noah Is Gone as well as a presentation of the Danish Christmas film The Christmas Family, directed by Carsten Rudolf.

The company is also using this year’s  EFM to begin presales on the apocalyptic sci-fi film SUM 1 to be directed by Christian Pasquariellio, with Games Of Thrones actor Iwan Rheon in the starring role opposite German actor André Hennicke.

The English-language film is being produced by Christian Alvart’s production outfit Syrreal Entertainment and is the first title to go into production from a first look and co-development deal signed with Global Screen. Shooting is set to roll on February 9.

In addition, presales are planned on another four animation productions:

Berlin-based Picture Tree International (PTI) will have market screenings in addition to the official festival presentations of Brazilian Lírio Ferreira’s Blue Blood, the Panorama’s opening film on February 5, and Mark Noonan’s You’re Ugly Too which has its world premiere in the Generation sidebar at the weekend.

PTI will be showing a promo reel for Simon Rouby’s French-language animation film Adama which will be ready by spring 2015 and has Océan Films Distribution already attached as French distributor.

A market screening is also planned for the Swiss film Chrieg which received five nominations for the Swiss Film Prize at the Solothurn Film Days last week.

The film will also have another screening slot on the Berlinales Kinotag on February 15 after winning the Max Ophüls Prize in Saarbrücken last month.

Another film in PTI’s line-up, Marcel Gisler’s Electroboy, is also among the nominees for the 2015 Swiss Film Prize in the categories for Best Documentary, Best Score and Best Editing.