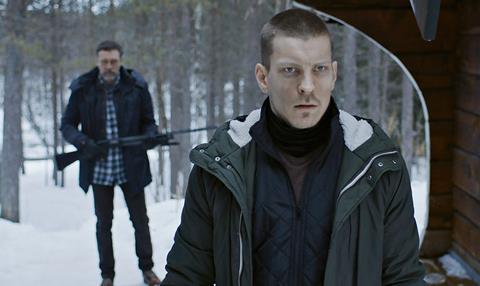 LevelK has taken on sales for Jussi Hiltunen’s Finnish dramatic thriller Law Of The Land.

The Denmark-based sales company will screen the film at Berlin’s EFM and it is also screening for industry at this week’s Nordic Film Market in Goteborg.

The film is a modern Western set in Arctic Lapland on the Finnish-Swedish border.

The story follows Lasse, a retiring policeman who gets caught in between two men trying to kill each other.

Finnish director Hiltunen, whose credits include Berlinale 2012 short All Hallow’s Week, said of his debut feature, “My relationship with my father was difficult. He was distant and anguished man that was difficult to approach. He had painful things in his past that burdened him through his life. I never got a chance to sort things out with my father. However, the film’s protagonist, Lasse Kuntonen, tries to do the things my father failed. He would like to be reconciled with his sons.”

LevelK also has two films being pitched as part of Goteborg’s Work In Progress sessions, Henrik Martin Dahlsbakken’s The Outlaws from Norway and Christian Tafdrup’s A Horrible Woman from Denmark.