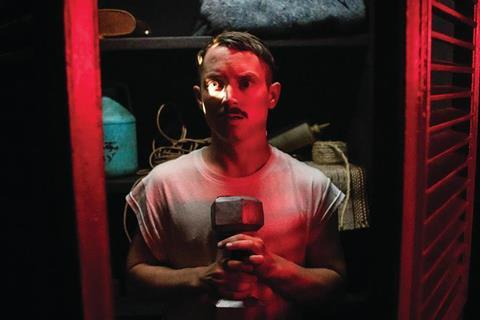 Saban Films has picked up US rights to the Elijah Wood horror-comedy Come To Daddy, which XYZ Films represents for international sales in Cannes.

The film premiered at Tribeca Film Festival last month and follows a man in his thirties who travels to a remote cabin to reconnect with his estranged father. Stephen McHattie and Martin Donovan also star.

Saban plans a theatrical release on Ant Timpson’s (producer on Turbo Kid, The ABCs Of Death) feature directorial debut based on a screenplay by Toby Harvard from an idea by Timpson.

Bill Bromiley and Jonathan Saba negotiated the deal for Saban Films along with Nate Bolotin of XYZ Films on behalf of the filmmakers.

“Come To Daddy’s horror and comedy mix is perfectly balanced and creates a wonderfully wild atmosphere that’ll keep audiences guessing – all the way through,” said Bromiley.