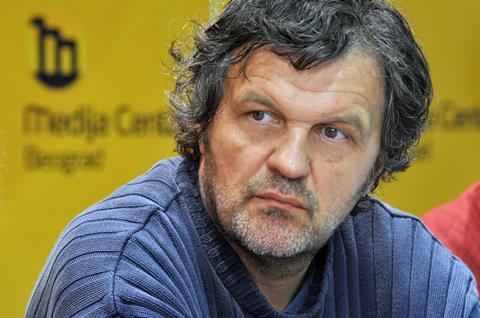 Serbian director Emir Kusturica has been announced as the president of the jury for the 43rd edition Cairo International Film Festival (CIFF), which will run from 26 November 26 to December 5 this year.

The awarding-winning director is among only half a dozen filmmakers to have won the Cannes Palme d’Or twice, for When Father Was Away On Business in 1985, which also won the Fipresci prize and was nominated for an Oscar, and then Underground in 1995.

He also won best director at Cannes for Time Of The Gypsies in 1989 and other award-winning films include Black Cat, White Cat which was feted with Venice’s Silver Lion in 1998.

Kusturica has presided over a number of juries in the past including both Cannes Un Certain Regard and the main competition, Shanghai and Marrakech.

Currently headed by Egyptian producer Mohamed Hefzy, CIFF is one of the oldest festivals in the Arab world and Africa. It is also the only festival in the Arab and African region to be accorded category “A” status by the International Federation of Film Producers Associations in Paris (FIAPF).

The full programme will be announced on November 7.