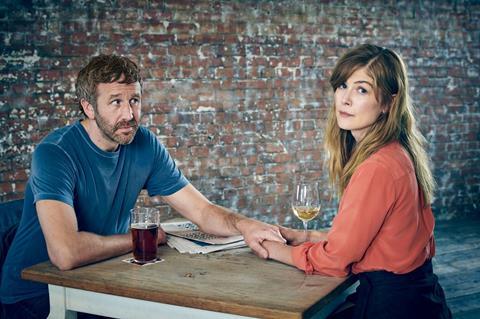 Chris O’Dowd and Rosamund Pike in ‘State Of The Union’

Endeavor Content will launch international sales at MIPCOM on State Of The Union, a short-form comedy series written by Nick Hornby and produced by See-Saw Films.

It will air on SundanceTV, sundancetv.com and Sundance Now in the first quarter of 2019.

State Of The Union follows Louise and Tom (Pike and O’Dowd), who meet in a pub immediately before their weekly marital session. The series will piece together what united them as a couple and what is starting to pull them apart.

Kristin Jones, executive vice president of international programming for AMC and SundanceTV, is the executive for SundanceTV.